I’ve been loving teaching lately in person and online! Below is a painting demo of mine showing how to use multiple techniques including gold + silver leafing! Which brings me to my next offering where I will share how to incorporate this fun medium into our paintings in this rad YEAR long painting class called LIFEBOOK. 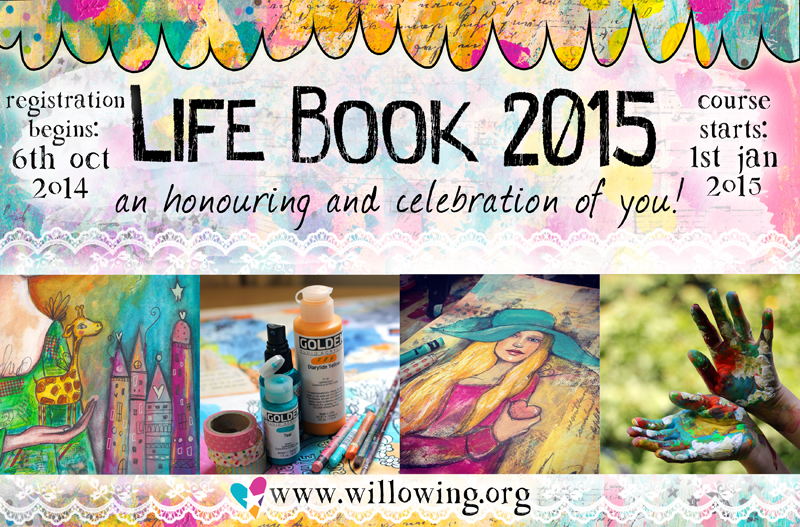 Life book 2015 is a YEAR-LONG online course featuring 26 different teachers with 26 different perspectives on the creative process. Life Book is packed with lessons, inspiration and a vibrant community of artists from all over the world.

I’m happy to be joined by art pals Flora Bowley, Jessica Swift, Lynzee Lynx and Alena Hennessy to name a few!  If you are seeking a year long course of artistic discovery jam-packed with different rock star art teachers, Life Book may be the answer!

Registration for Life Book 2015 opens on October 6th and the course begins on January 1st, 2015.

I have the tremendous honor to give away 1 FREE SPOT!  To enter, leave a comment about something DARING you’ve done this week 🙂

I will pick a winner on October 3rd after the blog hop!

All the wonderful Life Book teachers are giving away spots on their blogs (see the schedule below), so check em out.